The Pole of Cold - Yakutian horse at a horse breeders farm close to the village of Tomtor. Yakut pony or simply the Yakut, is a rare native horse breed from the Siberian Sakha Republic (or Yakutia) region. It is noted for its adaptation to the extreme cold climate of Yakutia, including the ability to locate and graze on vegetation that is under deep snow cover. The area is extremely cold during the winter. Two towns by the highway, Tomtor and Oymyakon, both claim the coldest inhabited place on earth (often referred to as -71.2°C, but might be -67.7°C) outside of Antarctica. The average temperature in Oymyakon in January is -42°C (daily maximum) and -50°C (daily minimum). The images had been made during an outside temperature in between -50°C up to -55°C. Tomtor, Jakutien, Yakutia, Russian Federation, Russia, RUS, 19.01.2010 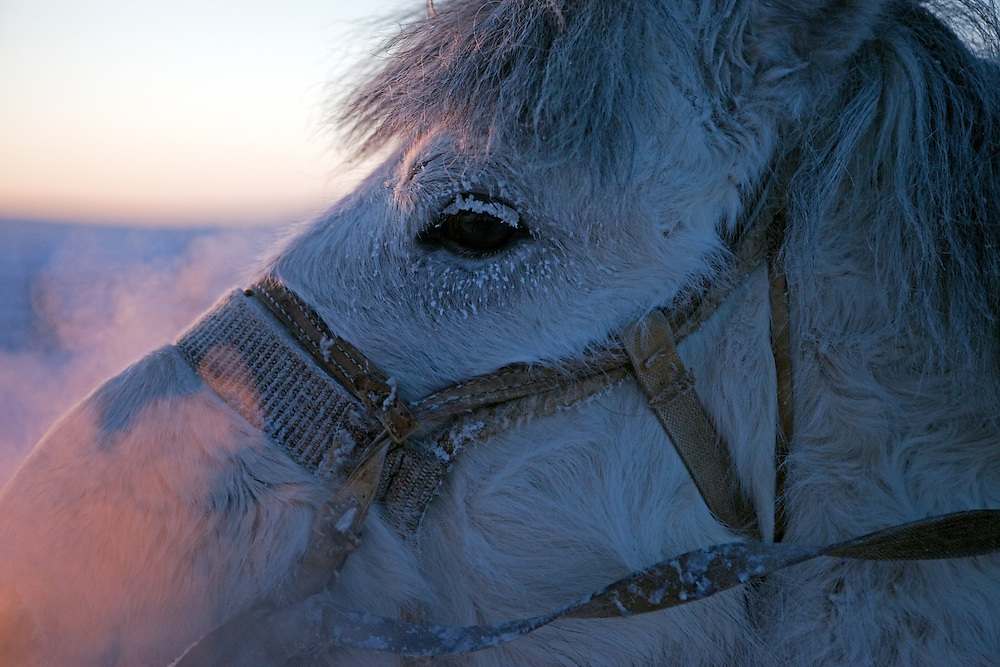