Dita Kraus: The librarian of Auschwitz

Dita Kraus with a photo album from the past (the left image shows the factory building of her husbands family) in her flat in Prague Vinohrady. Born in Prague to a Jewish family in 1929, Dita Kraus has lived through the most turbulent decades of the twentieth and early twenty-first centuries. Here, Dita writes in her book "A Delayed Life: The true story of the Librarian of Auschwitz" with startling clarity on the horrors and joys of a life delayed by the Holocaust. From her earliest memories and childhood friendships in Prague before the war, to the Nazi-occupation that saw her and her family sent to the Jewish ghetto at Terezín, to the unimaginable fear and bravery of her imprisonment in Auschwitz and Bergen-Belsen, and life after liberation. 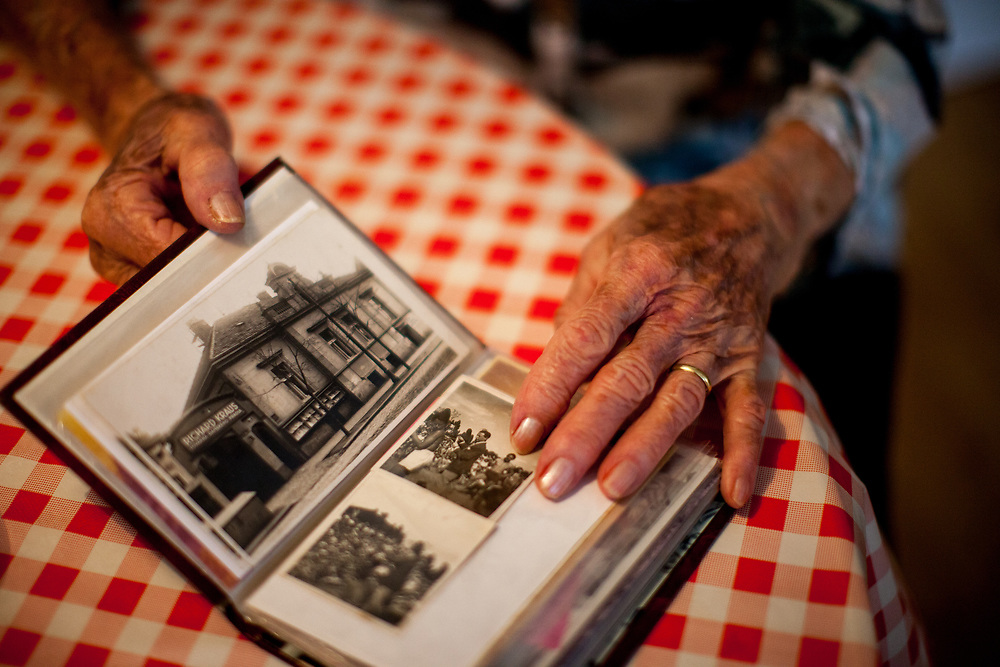