Prisoner belongings from Auschwitz (Oswiecim) and their history

Medallion (for his wife "Hani") and a crucifix (for his son) made in 1944 by Auschwitz prisoner Zbigniew Raynoch, and donated to the memorial by his family later. These items were illegally taken out of the camp by the Austrian Maria Stromberger, the Red Cross head nurse at the SS infirmary, and given to Raynoch’s family in Krakow. As a member of the resistance movement in the camp, Raynoch committed suicide during an escape attempt that went wrong on October 27, 1944. 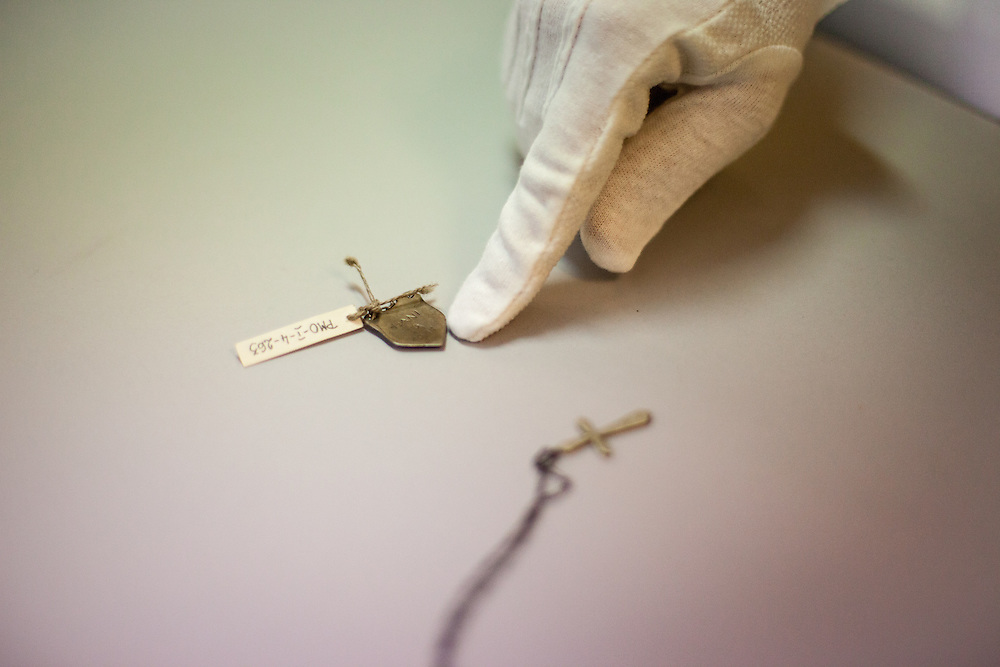